Why Isn't Ruby Rescuing My Exception?

I was really confused yesterday when rescue refused to catch my exception.

Isn’t rescue supposed to rescue everything? Actually, no. Without specifying which exception classes to catch, rescue will only catch exceptions that inherit from StandardError.

…is really just short-hand for:

Some folks recommend explicitly writing rescue StandardError whenever you want a plain rescue. I don’t have a strong opinion, because once you know why Ruby behaves the way it does, you won’t be caught off guard.

Why does Ruby default to only catching exceptions that inherit from StandardError? Let’s look at some examples from the Exception class hierarchy. Sure enough, that was my bug. I changed…

…and the error was properly caught! 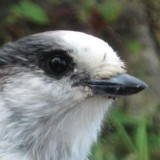