Spring Is Dead to Me

Box o’ Springs by GFPeck is licensed under CC BY-ND 2.0

Spring, as described in its README, is a Rails application preloader.

It speeds up development by keeping your application running in the background so you don't need to boot it every time you run a test, rake task or migration.

It speeds up development

I should begin by saying that I love the idea of Spring. As a developer, any tool that could increase my productivity deserves my attention. In practice however, Spring has burned me more than its helped me.

At Collective Idea, we practice test-driven development so I won't deny that Spring has saved me thousands of seconds in application boot time when running the test suite. Unfortunately, all of those savings are lost as soon as a pair spends a half hour to diagnose some elusive configuration bug. 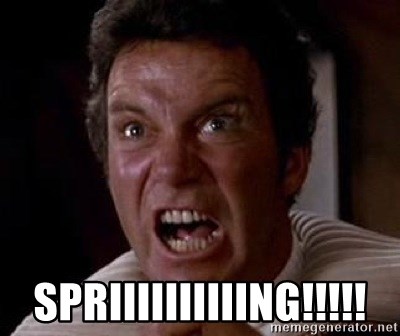 In the past, I've chalked it up to inexperience with Spring and have convinced myself that the sun is shining on the other side of the learning curve.

Steve is a Senior Developer working with Ruby/Rails and JavaScript. He’s an active open source contributor and the lead developer for Interactor. Steve is also involved in documenting and improving Collective Idea’s software development practices.