For the third year in a row Collective Idea took home the Green Commute Week Award for the Small Employer category. Every year, the Macatawa Area Coordinating Council holds an area-wide competition to see who can rack up the most “green commute miles”. The purpose of the challenge is to not only get people to find alternative forms of transportation, but to think about various ways to improve air quality.

There are a few methods of transportation that count towards “green commute miles”. They are:

The addition of the electric vehicle and telecommute is new this year and we were really excited to see that. A lot of us here at Collective Idea telecommute on a regular basis. One reason for that is because we have team members that work in other states ( 👋 Eric and Ryan!) and as far as we know, there’s no way to teleport. Another reason is because we’re big into working where you feel most comfortable. If you’re more productive at home or in a coffee shop, then by all means, work from those locations. Lastly, we’re big into leaving things better than they are which means we like to take care of the earth. We know that telecommuting cuts down on the number of greenhouse gases and this is our little way of helping out.

As administrator of the Green Commute Challenge, I’m always excited to see how many miles we can put in. We’re pretty green already. There are a few of us that carpool from Grand Rapids pretty regularly and a few others, like our president Daniel, bike in as often as they can. With the Macatawa Area Coordinating Council’s decision to add two new “green methods” of telecommuting and electric vehicles, I knew we would get a TON of miles. As I mentioned before, a lot of us already telecommute, plus one of our team members has a Chevy Volt.

Turns out I was right. We ended up putting in over 1,700 green commute miles from May 14 to 18. That’s up from 1,066 miles last year! Not only was I super proud of what we did, but I knew we were a shoe-in to win. However, it turns out that the winners aren’t decided upon miles alone. The miles are just used in case there is a tie. The determining factor for winning is the percentage of employees that participate.

Thankfully, I didn't have to sweat it for too long. We've got a rockstar team here and close to 50% of our crew participated.

It's not easy to change people's habits, especially ones that have been ingrained in us. I didn't have to change anyone's traveling habits at Collective Idea though. We literally just did what we always do when it comes to commuting and I think that's because we truly have a culture of making things better than they were.

So a huge shout out goes to my team for our third Green Commute Week win in a row. 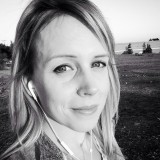